4 Impressive Hotels That Are Owned By Famous Footballers

Many professional footballers make so much money that they don’t know what to do with it.

Some will choose to buy assets that depreciate in value like fast cars and even private jets.

While for some they get their business head-on early in their career, investing it in the right places.

So that when they retire, they have multiple sources of income to replace the wages that were previously being paid to them by football clubs.

This is why along with investing in houses there are footballers who own hotels.

Hotels are a smart play because they bring in a lot of money each year if approached properly.

In this post, I will be taking you through 7 footballers who own hotel’s which if I do say are impressive.

Gary Neville and Ryan Giggs came together in 2019 to launch the Stock Exchange Hotel in Manchester.

Its just one of many businesses the pair run, as Gary in particular also as co-ownership of League 2 side Salford City.

Now, this luxury hotel is 4 star and boasts over 40 rooms, which includes different collections and also suites.

The duo who were famous for the length spells playing for nearby club Manchester United was in the news recently for giving rooms to NHS staff.

They have also kept up their effort to help the NHS staff by continuing their discounted rates to their hotel for them.

Staying at this hotel is fairly priced, you can get a room for around £175.

However the less advance you book, the more you pay, with fees of up to £500.

Cristiano Ronaldo put his money on the table to get a chain of hotels with his name on them.

Using his brand of CR7 he collaborated with the hotel chain Pestana to create ‘Pestana CR7’.

He started the project back in 2017 by enrolling 4 Lifestyle Hotels across 4 cities around the world.

At the moment he has:

There are though plans to expand to more in his name in the coming years, with the UK and France on the list.

Now staying at these 4-star hotels won’t set back as much you would think.

Sometimes they do discounts of 50% and they also have suites that cater for those who have a bigger budget to spend.

The pick of the four is the stunning Pestana Cr7 hotel with beautiful scenery which is situated in his home town of Funchal, Madeira.

Lionel Messi is another footballer who is one of the top ones in the game with a number of hotels to his name.

He teamed up with the Majestic Hotel Group in 2017, to set up a chain of hotels under the brand name MIM.

Currently, he has four 4 star hotels in different cities across Spain.

This includes Barcelona, Ibiza, Majorca and the most recent to be added in Baqueira next to a ski resort.

While Messi does own the hotels, the role of managing them has been passed onto older brother Rodrigo Messi. Ex-Real Madrid and Barcelona footballer Luis Figo opened a hotel in his last few years as a professional footballer.

As back in 2007 he joined opened up the Suites Alba Resort out in his home country Portugal to the public.

Located down south in the city of Lagoa, it is a luxury 5-star hotel that looks out on the North Atlantic Sea.

To stay in the hotel, you are looking at a minimum of €165 a night to stay in one of the 50 suites they have. 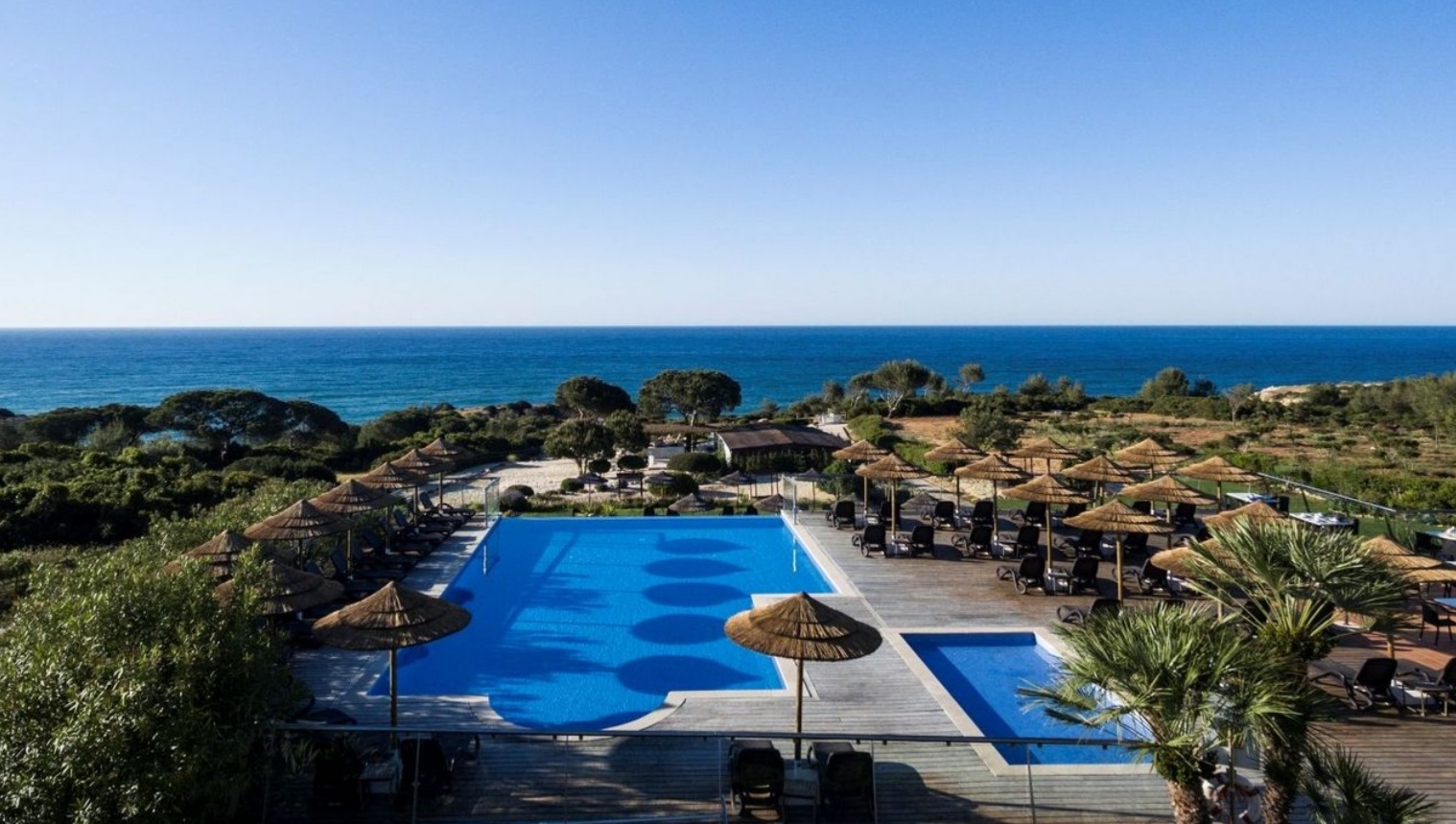 Hotels have become a great investment for footballers, not only to increase their revenue but to build their brand.

There is a reason why footballers like Messi and Ronaldo are so widely well known, even by people who don’t watch football.

As with the way they have built followings on social media and with hotels like above with their name in them, means more people can learn about them.

Now while footballers are dabbling into the property market, with the millions in their bank account, as you can see from the list not too many have them.

However with more players eyeing up hotels, including David Beckham who has plans for one in London the amount who do will likely grow over time.

That brings us to the end of the post on the footballers that do own hotels.

If you know of any others that do have one that should be on the list or have a question let me know down below!

The #1 Reason Why Soccer Balls Deflate (Revealed!)
Next Post: 5 Footballers Who Are Expected To Score Frequently